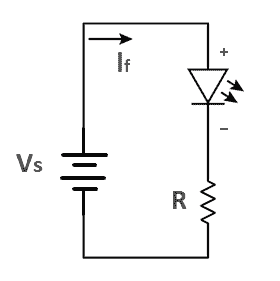 Led Resistor Calculator to Use Right Away!

Calculating the value of a resistor for LEDs can be pretty easy when using a Led Resistor Calculator, but we must take into account the color of the LED as well as the wattage of the needed resistor and the number of LEDs in the circuit while making this determination. To do this, Led resistor calculation, employing a calculator, and following its guidelines can be the safest choice.

Why should you use a Led Resistor Calculator before application?

All LEDs require some current limiting to function correctly. Directly connecting an LED to the power supply will cause it to burn out in a matter of seconds. When you overdrive your device, it will severely shorten its life and light output, even for a short time.

However, Led Resistor Calculator is a straightforward procedure to consider a single or a string of low current LEDs (between 20 and 30 milliamps). Here connecting a tiny resistor in series with the LEDs is the quickest and most cost-effective method of limiting the current. Yet, don’t forget that high current LEDs are more difficult to drive. While they may be driven with a series resistor, using a more costly switching current regulator is preferable to reduce power loss and maintain reliability.

When driving a single or an array of low-current LEDs, a ready-made LED Resistor calculator will assist you in determining the value of the current limiting series resistor to be utilized. Enter the necessary values into the input fields and press the “Calculate” button to get started.

Which data do you need?

LED current: Fill in the blanks with the single LED current in milliamperes. LEDs as small as 3 mm and 5 mm in diameter typically function in the range of 10-30 milliamps, while high-power LEDs used in lighting and automotive applications might demand currents in excess of 200 milliamps.

LED Voltage: Among the options, select the color of your LED and the voltage drop that will occur. The voltage drop will automatically fill with the usual value for the color you’ve chosen when you click it. However, the voltage drop varies substantially across various types of LEDs and fluctuates somewhat with the current.

What exactly does a resistor accomplish in relation to LED lights?

In response to an electric current passing through it, an LED (Light Emitting Diode) produces light. The resistor is used to limit the current that flows through the LED and to prevent excessive current from flowing through the LED, which could cause the LED to burn out. The use of a resistor is not necessary if the voltage source’s output equals the voltage drop of the LED.

Is it possible to connect an LED without using a resistor?

Generally speaking, you should never ever connect an LED without a resistor. When connecting an LED, it is usually recommended to use a current-limiting resistor to protect the LED from being subjected to the maximum voltage.